Take Care of Those Pipes: The Weirdest Things Found by Plumbers

Posted on November 6th, 2019 by PNW-admin
Take Care of Those Pipes: The Weirdest Things Found by Plumbers

Strange Finds in the Pipes

Every day in America, professional plumbers all around the country are called out to investigate what seems to be a common blockage. Most of the time, these blockages are ordinary. However, as professional plumbers in Portland, Oregon, PNW Plumbers knows that unusual items sometimes find their way into a home or business’s plumbing system. PNW Plumbers combed the web for the weirdest things plumbers have seen while on the job, and hopefully, it’s a good reminder to keep track of what goes down the pipes at home or work.

Weird Causes of a Clogged Drain

Most often, plumbers come across “normally” clogged drains. Things like flushable wipes, hair, feminine hygiene products, and excess toilet paper can all cause slow drainage or backed-up pipes. But what about the less-than-normal causes of a clogged pipe? There are stories of plumbers finding credit cards, keys, and trash in clogged pipes. These stories usually end with a gentle reminder from the plumber that when something goes down the toilet or other drains in the home, they don’t just disappear. Yet sometimes even the most seasoned plumber isn’t prepared for what’s waiting for them.

There’s Money in the Drum Trap

Reddit user Theplmrnxtdoor works as a plumber in Detroit. Once, they cut out an old drum trap from a home they were working on. They put the drum trap into the back of their work van because they heard something rattling around in it. However, the plumber forgot about their find until almost a year later. When they cut the drum trap open, they found a 4.6-carat diamond! Theplmrnxtdoor wrote that they “bought new equipment and took the family to Disneyworld.” While it worked out for the plumber, it’s an excellent reminder to refrain from hiding things in the home’s plumbing (including the toilet tank!).

Heart-Shaped Glasses in a Urinal

Plumber and Reddit user ericcsris10sen once found a pair of heart-shaped sunglasses in a urinal at a commercial job. Perhaps the most perplexing part of this find isn’t the why but the how. Interestingly, the sunglasses didn’t cause a complete blockage, just slow drainage. The plumber solved the problem by simply removing the sunglasses.

A Live Iguana in a Toilet 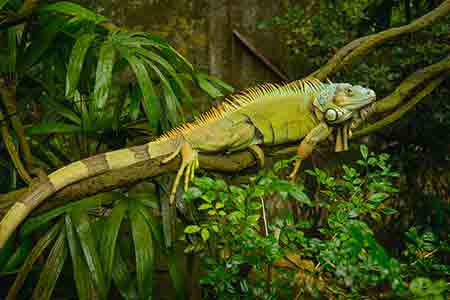 Plumber Alisa Scott in Fort Lauderdale was in for a live surprise after being called out to a home in 2015 for a malfunctioning toilet. Florida is home to many critters due to its climate and hospitable environment. Residents Lily and Marian Lindquist were accustomed to seeing giant iguanas crawling around their house, which is near a human-made lake. When the Lindquists noticed their toilet wouldn’t flush, they attempted to plunge it. When that didn’t work, they called a plumber. Alisa Scott said that when she first reached into the toilet with her tools, she assumed she was pulling out a toy. “To my surprise, I pulled out that large iguana,” she said. While Lily and Marian Lindquist are unsure of how the iguana got into the home, they made efforts to seal vents and other access points in the house to avoid a reoccurrence.

A plumber in Nashville, Tennessee, found a military mortar while working on pipes underneath a home in 2016. The Nashville Metro Police responded to the “unexploded ordinance.” They quickly cleared the scene after realizing the unexploded mortar was not dangerous. The mortar was likely there when the home was constructed, though it’s unclear why.

A Shower Curtain in the Toilet

Reddit user Malgayne recounted an experience his grandfather had as a young man and owner of a roadside motel. The motel was old and had old plumbing, so they often called plumbers out for regular repair and maintenance. Once, a toilet was clogged after a guest checked out of one of the motel rooms. The owners of the motel called a plumber, but he couldn’t get the clog with his regular tools. So the plumber went out to his truck to get his plumbing snake. He assumed that he’d be able to bump the clog and clear the pipe. However, the clog was stubborn, and the plumber was impatient. The plumber engaged the mechanical claw at the end of the plumbing snake, and it closed on something. Then, he turned the motor on to pull whatever the clog was back up the toilet. It took a while, but eventually, the snake recovered a full-sized shower curtain from the toilet. Everyone in the room was confused until the housekeeper next door called them screaming. Somehow, the plumber had gotten the coil down to the central line and back up to the toilet next door when he was searching for the clog. The housekeeper watched in terror as the snake emerged from the toilet like a robotic nightmare. The claw grabbed on to the shower curtain, tightly coiling it around itself before dragging it back down into the toilet. They never found the original clog.

“Normal” Causes of a Clogged Drain and How to Avoid Them

It’s unlikely that homeowners in Portland will find a full-sized iguana in their toilet. Most backed-up or clogged drains are due to human error. Here are a few helpful tips to avoid plumbing problems.

How Can PNW Plumbers Help?

If homeowners in Portland find themselves with a backed-up drain that they can’t remove themselves, don’t worry. For the last decade, PNW Plumbers has been dedicated to providing Portland residents and businesses with affordable and high-quality plumbing services. Whether there’s something unusual blocking the drains or just a problematic drain that needs attention, call today for an appointment!

How to Unclog a Sink Before Calling a Plumber
|
Why Is My Water Cloudy?