Why Is My Water Cloudy? 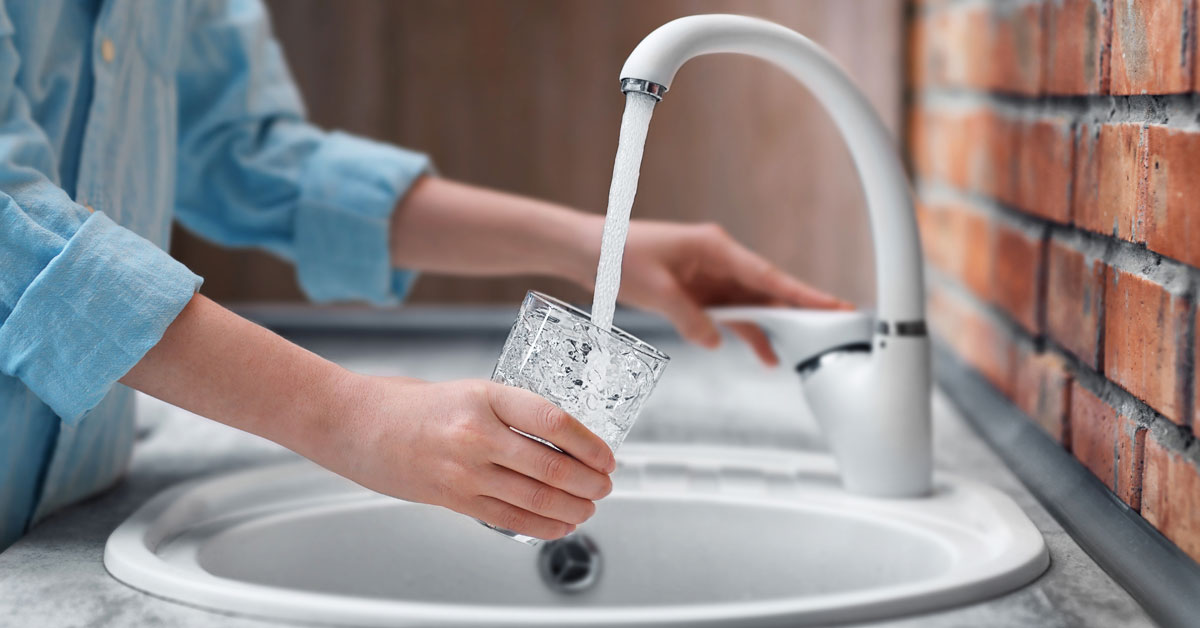 Have you ever gone to get a glass of tap water and noticed that it has a cloudy or almost milky quality to it? This is a fairly common occurrence and does not necessarily mean that something serious is wrong. The most common reasons for cloudy water are typically harmless. Chances are, the water is still safe to drink, but if you are ever unsure, don’t hesitate to call your local plumbing contractor in Portland.

As mentioned above, there are a couple of reasons why tap water can come out with a hazy, cloudy appearance. Most of these reasons should not be a cause for alarm. Sometimes, it’s as simple as the water being under more pressure in the pipes than it is in the water glass. There is a rare chance that it could be methane gas, and that is when it is a good idea to seek out a professional’s advice. Though, typically, the water is cloudy because of air bubbles, sediment, or hard water.

Most often, cloudy water, also known as white water, is caused by air bubbles. The bubbles can form naturally in well water and appear as a result of the pumping of municipal water. Also, as air is more soluble with higher water pressure, an increase in pressure can cause more air bubbles to appear. However, the most common reason for air bubbles in the water is cold air. Cold water holds more air than warm water. Though the water is heated by the time it reaches your pipes, it initially comes out very cold as it travels from a reservoir or well.

There is not a lot to be done to solve this issue, as it is a harmless, natural occurrence. Merely letting the water sit out in your glass or some other open container for a couple of minutes will eventually result in the bubbles naturally dissipating.

TSS or Total Suspended Sediment is a measure of the concentration of particles in your water. If the water has high levels of TSS, it is usually caused by runoff into the water supply from storms or any drilling or construction that is happening near your water source. 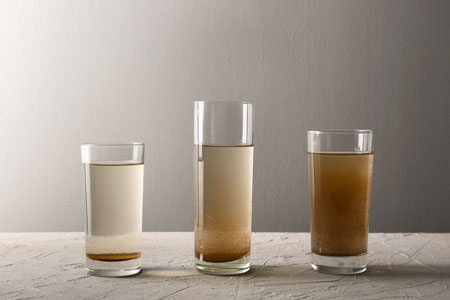 If you are unsure how to tell the difference between air bubbles in the water versus sediment, you can call up a plumbing contractor and ask. A simple way to tell is to pour a glass of water and wait a minute or two. If the cloudiness disappears, it’s likely due to air bubbles, but if the water remains hazy and looks dirty, it’s from sediment. This is usually the result of tiny particles from rocks, or even sand and dirt getting suspended in the water supply. The presence of particles in the water is generally harmless and merely aesthetically displeasing to see.

Though having sediment present is typically not a cause for concern, if there is a high amount of particles present, it can sometimes breed bacteria. Unfortunately, the EPA, or Environmental Protection Agency, doesn’t have any guidelines for what constitutes safe levels of TSS.

A simple water filter can help if the water is not too dirty, but if you are concerned that there may be an excessive amount of sediment in the water, call up your local plumber. They can take a look and give you their professional opinion, which may be to install a multi-level filtration system.

Having hard water could also be the source of a cloudy appearance. Though it may seem odd to think of water as being “hard,” it is quite common, depending on where you live. Most places on the east coast tend to have soft water, while it is more common for areas in the south or the west, like Southern California, to have hard water.

Hard water is the result of dissolved compounds of calcium and magnesium. The term is a reference to how hard it was to wash in the water, as hardness prevents soap from lathering.

A white film or build-up on sinks, faucets, and tubs

Mineral deposits on dishes and glassware

Needing to use higher amounts of soap and fabric softener

A high energy bill from build-up in pipes

Though hard water isn’t considered harmful, it can be a nuisance to deal with, and it can cause a build-up in pipes and on appliances. There are a few methods that a plumber or other professional can utilize to soften water, such as an ion-exchange filter, chemical softening, or membrane separation softening.

Methane is the rarest reason for having cloudy tap water and is typically only found in water that comes from a private well. Generally, it does not have an odor and often presents itself similar to water with air bubbles, with the gas bubbles eventually rising and dissipating. It’s also a sign that methane might be present if the water bubbles or spurts as it comes out of the faucet.

The cause for concern with methane comes from its flammability. Low levels of methane are considered unproblematic in concentrations of 10 mg/L or less. If it’s between 10 mg/L and 28 mg/L, the well needs treating, and anything flammable removed from the area. Wells with a concentration of 28 mg/L or higher should be ventilated immediately and treated as soon as possible to lower the methane levels.

What To Do If Your Tap Water Is Cloudy

If you are still unsure about the cause of your cloudy water and want to have it tested, your local plumber can likely get you set up with a water quality test. Even though the most common reasons for cloudy tap water are non-harmful, it is always better to seek the help of a professional in cases of uncertainty. Call your local plumbing contractor today for knowledgeable and stress-free service.